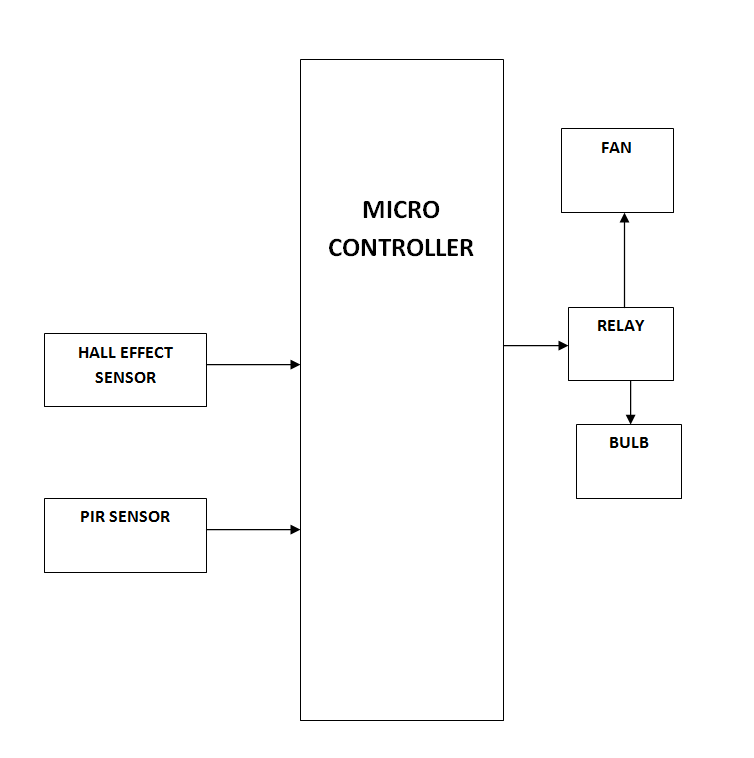 Components used for this project are PIR Sensor, Hall effect sensor, Arduino (ATMEGA328) Controller, Relay, Power Supply.
P I R  sensor s  allow you   to sense motion ,  almost  always  used  to detect whether  a human  has moved  in  or  out of  the sensors   range.  They are small ,  in expensive,   low- power , easy  to use and don't wear  out.  For   that  reason   they are commonly  found  in  appliances  and gadgets  used  in homes  or  businesses .  They are often   referred  to as  P I R,  "Passive  Infrared", "Pyroelectric",  or   "IR motion " sensors.

A Hall effect sensor is a transducer that varies its output voltage in response to a magnetic field.Hall effect sensors are used for proximity switching, positioning, speed detection, and current sensing applications.
In its simplest form, the sensor operates as analog transducer, directly returning a voltage. With a known magnetic field, its distance from the Hall plate can be determined. Using groups of sensors, the relative position of the magnet can be deduced.
When door is opened or closed Hall effect sensor is activated and controller switches the relay correspondingly. After 2 seconds PIR sensor is activated and it checks for any motion inside the room. If there is motion then bulb is switched on and will be switched off when there is no motion. 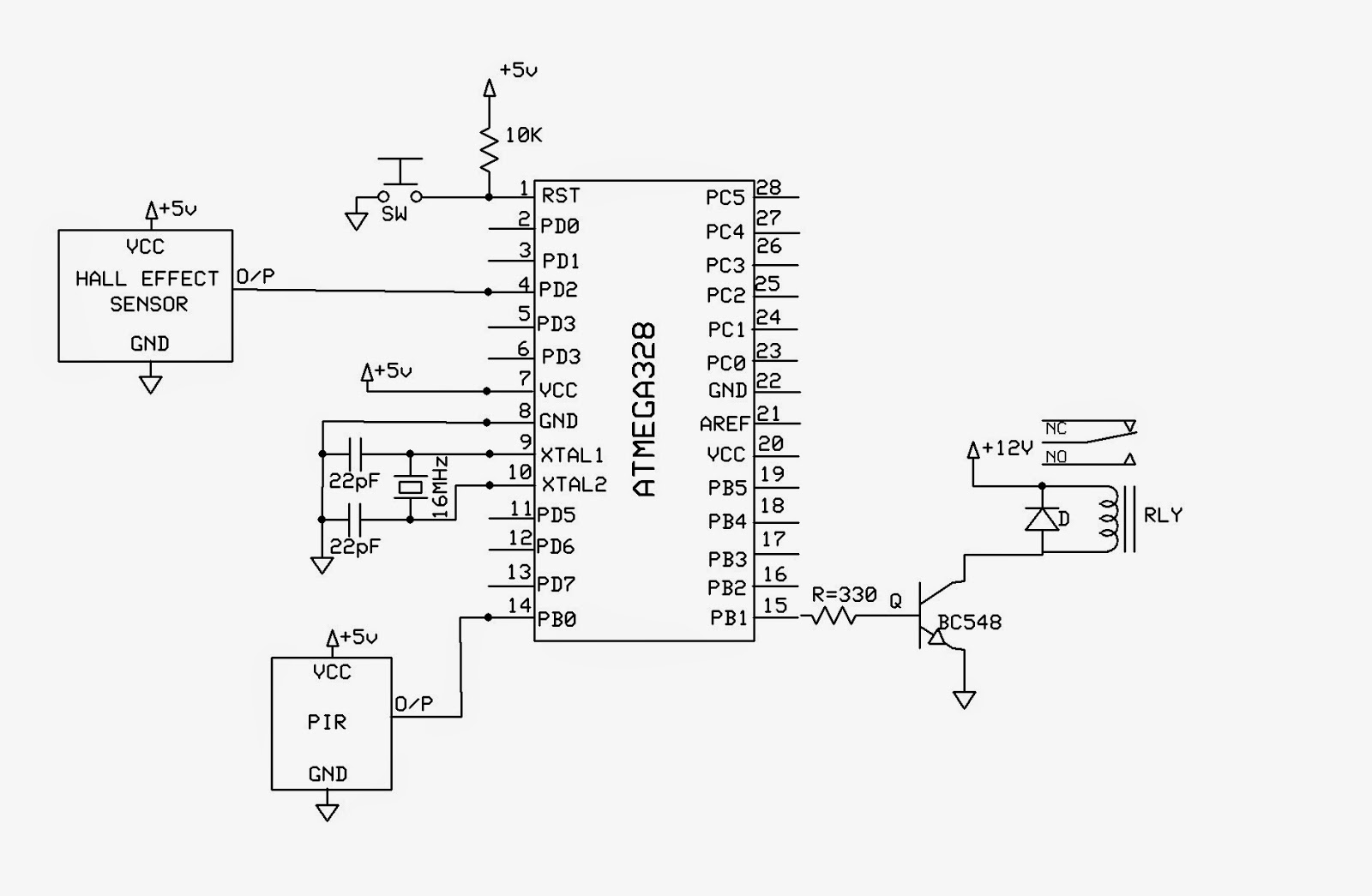